I accidentally just introduced myself to the ACE test assessment (by way of a youtube vid). One of the exceptionally few people from my childhood has been grappling with this in their own life. They spoke about it and the light-bulb flipped on when I saw this video. I found a simple 10 question online form and filled it out. Out of 10, I scored a 9. What a relief! This explains away every single character flaw I embody. Now that that mystery is out of the way, I can start revamping.

It isn’t that simple. It never was going to be simple. What I just determined was, I was fucked from day one. I wasn’t meant to win at life. Do I simply just blame my broken parents and just move on? Again, the preface to this fucking paragraph cites, it isn’t that simple. You will need to pay attention because this may be a deep dive. Preferably not just a finger pointing exercise, but one of shittons of self-reflection.

For those of you unfamiliar with the ACE childhood PTSD assessment, it is formally known as: Adverse Childhood Experiences (USA info here). It is a formal study to determine the adverse effects of abuse wrought upon kids from such a young age well into adulthood that could manifest itself in a variety of other diseases, disorders, or underlying conditions contributing that may inevitably shape an adulthood through the maladies bestowed.

I just accepted my childhood for what it was. Just like any other hobbled human, it was outside of my control, but I was sure bent on not falling prey to its hold on me. I wasn’t going to let it affect my future. Well, unbeknownst to me, it has been doing that the whole time. Let me reiterate the first thing that came to mind when I saw my score: I was fucked from day one. It wasn’t a relief that I had a fighting chance. It was mortification. Hesitation to accept this assessment as a legitimate excuse for who I am today based on what I endured as a child.

Let me be very very earth shatteringly clear: my mother, biological father, step-father, all of my blood related family members were ALL broken, in one way or another. That is an incontrovertible truth that no one who orbits around me can even come close to debating. I emanated from brokenness to BE broken. I think the difference is that I am fully, painfully, and overwhelmingly aware of this. How can I change anything to flatten the odds against me?

My biological father had been diagnosed with prostate cancer. He was at the tail-end of his relationship with his last wife. I cannot even tell you how many women he married. All I can tell you is, after meeting some of my biological father’s side of the family, he was fucked from a young age too. Later in life, he witnessed his brother get backed over by a semi-truck. That would tweak most people, but there was a distinguishable change in him, as shared by his siblings.

As I intimated about my mother in a previous article (Trauma?), she also had a rough life. She was diagnosed with a gastrointestinal disease So. Much. Prune. Juice. There was a possibility of sexual abuse with her and some of her siblings. I remember chatting with one of my younger (maternal) aunts and she had read an article at that time that survivors of sexual abuse at young ages tend to develop bowel affected disorders later in life. This is from the stress of living with those fragile thoughts.

My maternal grandfather had been tied to a tree and locked in outbuildings as a young child, all while being adopted. He became a raging alcoholic. While he was talented at picking tunes from the air on his guitar, his demons were ever present. My maternal grandmother hadn’t been untouched by the cosmos. She had some sort of nervous disorder. She relied on plenty of over-prescribed tranquilizers while raising her 7 children.

Just in 3 simple generations, we can see there is a pattern of abuse, leading into the prescribed path that this ACE assessment suggests. Every single generation was fucked, to be completely demoralized from their childhood. Dealing with the broken pieces like an innocent child with a broken toy, offering it to their parent to fix. No amount of super-glue, nails, or staples can fix this kind of broken. Again, we revisit a derivative question; how do I change my future to avoid this pitfall from my childhood?

Some of the medical teams investigating the ACE study are realizing that once they can confirm with their patients what their ACE score is, they find they need to treat the condition they are being seen for, differently than if someone had a 0 ACE score. The past is fomenting physiologically. I continue to feel this flag has been raised on a battlefield with so many others with raised flags. Again, I become yet another statistic.

From my standpoint, none of these revelations give credence to overt abuse of people in your life. I stand by the mantra of; there is no excuse for bad behavior. If someone has become an alcoholic or a drug addict, the likelihood is that these people are struggling so hard to quiet the demons in their mind. Quelling the memories that continue to plague them when they close their eyes. They, in effect, are merely trying to do what others do, numb the pain.

Some people abuse substances to numb this pain. Others seek to always be happy, to distract themselves from their actual life. Some people are genuinely happy and appreciative of what they have. This is great, we DO fully need these examples in our society. Numbing, distracting does not confront the issue. The symptoms are killing us, yet we self-medicate to soothe the wounds. Religion has the weak people rely on a superpower Deity who has your life’s map in their reins. Philosophy, depending on which branch you pursue, promotes big picture thinking, and some will promote that the battles we fight are meaningless. Media fuels the question many of us suffer: “am I really a bad person? Do I really have it bad in life? Shit NO, look at that fool trying to have a stand-off with the police on tv! Look at that dipshit who got caught for stealing in broad daylight. OK that makes me feel better about myself. Centering restored.“

Sadly, I never involved myself in abuse of substances. That being said, makes it far more difficult to resolve what the flying fuck is going on with my life. It is almost like getting a necessary surgery without any forms of sedation. I keep hoping that it will be painless, yet I’ve been passively standing in line at the universe’s buffet table of shitstorms. “Here is my broken plate, please fill it up.” I just stand by watching stuff being glopped onto said broken plate, to watch most of it fall right off.

I’ve dealt with people who get fractured minds. I am trying so hard not to end up like that. Not because I think those people are crazy. That is ridiculous to just lump someone up in a quaint colloquial term of indifference. There are some adages out there advocating people to be nice, because we never know if someone is suffering. As I analogized in the first Trauma? blog post, if the contents going into our receptacle are caustic, then there is no hope or certainty of the receptacle remaining whole.

The only way I can fight these hungry alpha-predators is to self-reflect. Just as I knew racist comments were saddening at such a young age, just as I knew, that locking a child in their bedroom was not right, we all have a choice. I am not saying that choices are easy. The fact remains, these are difficult choices, through and through. To deviate away from the comfortable, anything that promotes complacency, is arguably, one of the most tedious decisions to have to make daily. It would be akin to standing up against mob mentality as one isolated voice of reason questioning, ‘why the hell are you all in cahoots with each other, don’t you know this is wrong?’

Not only will self-reflection help but having a solid group of friends and/or family you can trust to help guide you during some difficult ‘in-the-moment’ decision making crossroads. Having a therapist may help. As noted earlier, there is also more than likely going to be a different style of treating some of your addictions, maladies, or diseases based on what you endured, that you’ve been vigilantly hiding and distracting yourself and others from. You may even need a pharmacological balance. Be open to how to overcome this shit.

In the movie, Good Will Hunting, I find myself crying every single time at the scene where Sean (Robin Williams) asserts to Will (Matt Damon), that the abuses Will experienced as a child “was not your fault!” Repeating that line reinforces it. Reinforcing something you do not believe in, and have a difficult time accepting is monumental when you finally allow the fact to wash your soul. There is no cure for depression, there is no cure for suicidal ideation, there is no cure for any mental disorder. Clarity, understanding, and empathy can certainly pave the way in reducing its tragic impact upon us individually and collectively.

As always, I welcome any constructive criticism, or complementary theories, analogies, anecdotes. I would love to hear if you find these edicts of challenge useful or utter horseshit. Similar to the 90’s when the catchphrase, ‘Be Kind, Rewind’ was hailed as marketing genius. I need to come up with one that invites you to either subscribe, via WordPress or via email, like posts, or even comment on posts. The immediate feedback is useful for anyone. Thank you very much for reading through all of this drivel. Be well, stay safe, AND stay sane!

Recent Posts That Could Trigger

A pic of ZEN 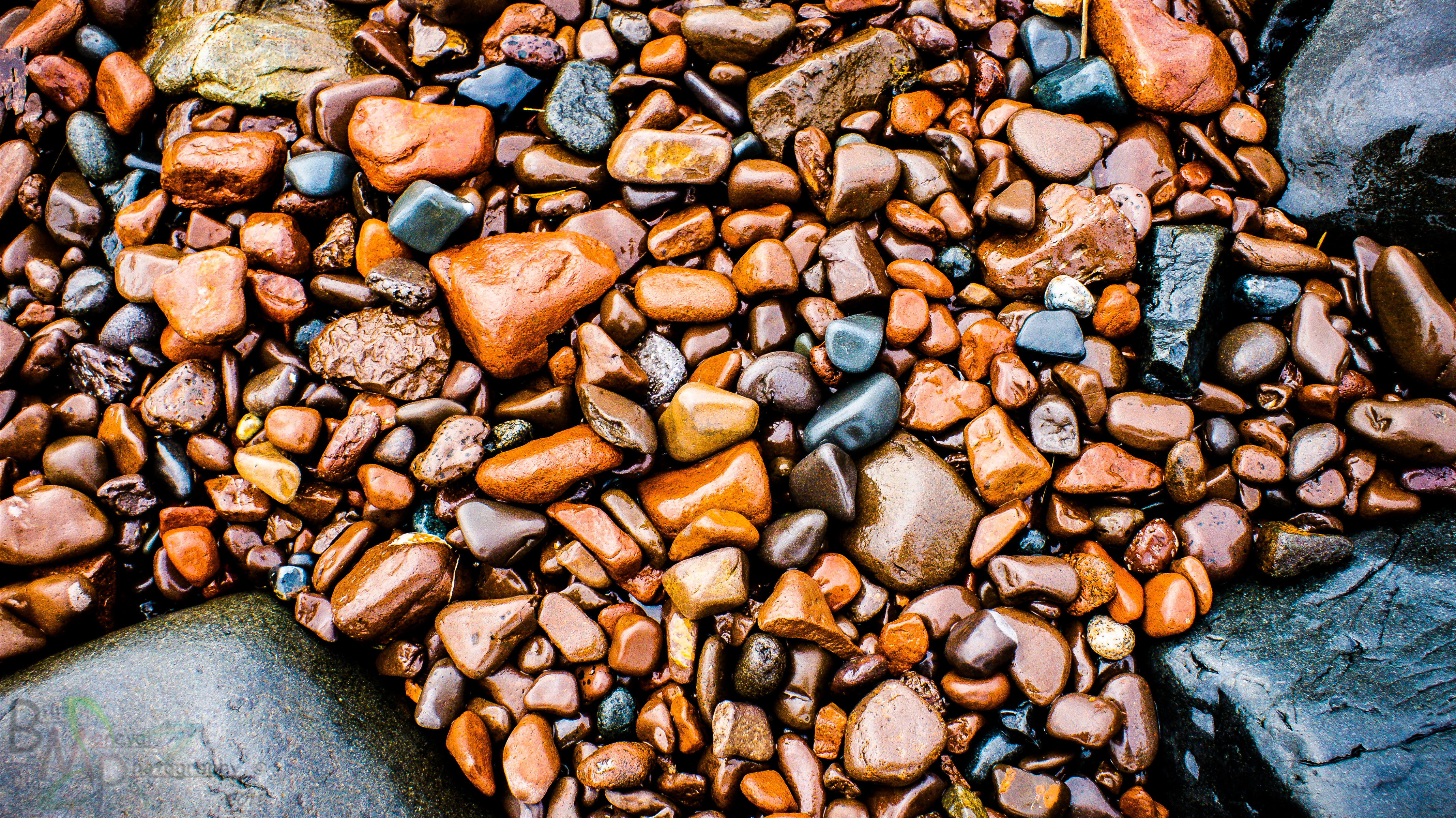 More about US Health Insurance HERE

This is the story of building a cottage , the people and the place. Its a reminder of hope and love.

When a mage is sharing what's on his mind. Business, Motivation, Positive life, Success, Marketing and Good Ideas.

Words and Pictures from the Middle East & Balkans

Stories and photos from Scotland